HomeInside TennisLead up to the French Open - Monte Carlo the first stop! 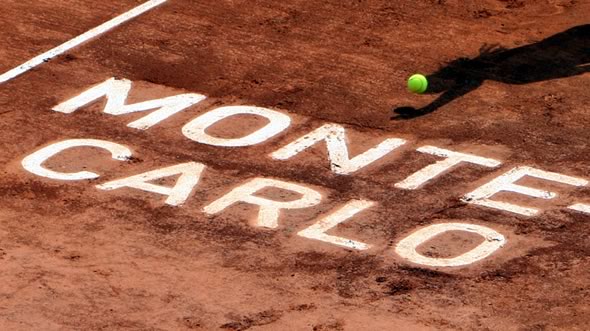 If you ever wanted to enter a campaign with maximum locker room power then you have to look no further than Rafa Nadal's record on clay.

If desire + belief + weapons + results = LRP then over the past nine years Nadal has established the most awesome existence of locker room power in sport. The stats are immense.

There is only one man in my humble opinion that can truly challenge Rafa for his French Open title and that is Novak Djokovic who brought to an end Rafa's run in Monte Carlo last year. He beat Rafa in Rome and Madrid in 2011 and was painfully close to winning their encounter at the French Open last year. Roger Federer enjoys playing Novak.

Novak tends to bring out the best in Roger whereas his game stacks up badly against Rafa. It is hard to forget the fantastic match that Roger played against Novak at the French Open a couple of years ago and therefore if someone does surprise Rafa at the French, Roger has a shot.

However I cannot see Roger beating Rafa and Novak back to back on a clay court. The dangerous floaters are Ferrer (last years finalist), Isner, Dolgopolov, Dimitrov, Gulbis, Verdasco, Raonic, Fognini, Tsonga, Monfils and Gasquet. Although unlikely all these guys are capable of a one off upset. As yet none of them have proved enough consistency (Ferrer excepted) or that they can back up an upset by going on to win a major championship.

This leaves Stan Wawrinka and Thomas Berdych. Stan seems to be struggling with his new-found status as Australian Open champion. His life has changed and he is still in the throes of learning how to deal with all this new media attention and the responsibilities that come with being a major winner. It is a major resetting of goals once a player has won a grand slam. Very few manage this adjustment in a short time.

I think the French is possibly a little early for Stan to get his head around the job of single-mindedness that will be needed, the ability to suffer over five sets that he showed over the past 12 months before and during the Australian open. Galvanising the massive energy and focus to win a slam is very difficult at the best of times which again shows the immense mental power and strength that the top three slam winners of our era possess.

The consistency and bounce back ability of Rafa, Roger and Novak over a significant number of years is truly admirable. Berdych perhaps is not quite versatile enough to win a slam, but of all the players in the draw this is the guy who possibly could beat Rafa and Novak back to back. His raw power has to overcome a slight lack of feel and stiffness of movement in order to win. His movement is not quite as liquid as the big four.

This only leaves Andy Murray, the final member of the big four who after a fantastic 12 months in which he won the Olympics, made finals of Wimbledon, won the U.S. Open and then followed with his Wimbledon triumph has shown little form to indicate a challenge on the clay. Clay more than any other is a momentum surface. No one ever wins the French Open with out a solid lead in with plenty of winning already in place. Clay is not Andy's best surface yet he does have an excellent game for it. However it is yet to be seen whether his back surgery has been successful enough to allow him to make the movements and the twisting and turning off high bouncing balls on a slippery surface without any adverse affects.

If I was a betting man this years clay court swing culminating in Paris is a two horse race. I will be very surprised if the two horses jumping the final fence are not Novak and Rafa and I fancy the winner this time will be none other than Novak Djokovic.

Now for the woman at the French Open it is a totally different story. I cannot see a clear favourite. We will have to watch the lead up tournaments and see who is gaining the form and the mentality in order to win in Paris. This is a surface that Serena cannot dominate as she does some of the others and as we have seen in the past she can be very vulnerable in Paris.

Consistency at the moment points to Na Li and Cibulkova has built nicely on her Aussie Open final appearance. Jankovic and Ivanovic have had a return of confidence so can do well but I can see 20 players who will feel like they have a shot. Many of these will fade in the lead up and we will begin to see the confidence emerging as players begin to win tournaments leading into Paris and build Locker Room Power, the vital fear factor, an edge that will favour a player in their quest to win the French Open.